JAKARTA, KOMPAS.com — Babeh a.k.a B, who's been caught in less than 24 hours has confessed to be a serial killer. One of his victims is a mutilated boy found around the East Flood Canal last Friday. The other victims are Adi, 12, and Arif, 6, who were both street kids.

According to the suspects attorney, Rangga B. Rikuser, from the Haposan Hutagalung legal firm, his client confessed on a follow-up dossier, Monday, at 9 pm till 12 pm, at the Jakarta Police station.

To the police B confessed that, after murdering and sodomizing, Adi's body was cut in two and dumped in Klender market, East Jakarta. That happened in 2007.

A year after, B killed Arif. The victim's head was dumped around Warung Jengkol bridge, in Pondok Terate, Pulogadung, East Jakarta, while the rest of the mutilated body was dumped around Pulogadung terminal. B confessed that generally the victims were sodomized and mutilated. "Only Arif wasn't sodomized becase B pitied him," said Rangga.

According to Rangga, B was also a victim of sodomy at 12 years old. The first time happened when the suspect came from Magelang to Jakarta. "He was a homeless in Lapangan Banteng (square)."

Jakarta Police head spokesman, Great Comr. Boy Rafli Aman, stated that the police have gathered evidences, among which are the sharp weapon, the wood chopping board, and DNA of all three victims.

Meanwhile, the secretary general of the National Commission of Child Protection Arist Merdeka Sirait stated that the criminal must be punished severely. Under the Law No. 23/2002, regarding child protection, the imprisonment could exceed 15 years.

"If the punishment were light, then the people would think that crime toward childre, including street kids, is a tolerable thing. The law enforcers must be strict and firm about this," stated Arist, Tuesday.

Chairman of the doctoral study program of the Psychology Faculty of the University of Indonesia, Hamdi Muluk, stated that aside from reforming the program to fight poverty, which is the root problem of numerous street kids, there should also be a change on the rehabilitation pattern for kids on the street or in social-care institutions.

"They're children who haven't felt the values of love because they're not close to their family since childhood. They are also busy trying to make money while they should be playing and schooled. A different way of thinking develops in them. For that, the approach must be different. They can't suddenly be taught a skill or schooled because they might resist."

A number of shelters in Jakarta has changed its mentoring for street kids. The places that were shelters have become homes and places of study.

Doge, Academic operator of the autonomous school Sanggar Anak Akar, stated that his institution provides education with the concept of a boarding school. However, some of the kids are still allowed to be street singers.

The Griya Asih Foundation, in the Cempaka Putih district, Central Jakarta, has also changed its mentoring program from sheltering into giving a home. "The children are sent to school and given a place to live. But the children aren't allowed to be on the street anymore," said Alexander Suwardi, chairman of the foundation. (ART/NEL/WIN/C17-09) 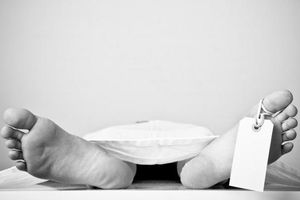 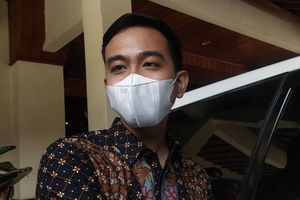